Black bears are the only wild bear species in the eastern United States.  In New York, they are the second largest mammal in New York (moose are the largest).

Black bears are omnivores and eat a variety of foods, including grasses, insects, soft mast like fruits and berries, and hard mast such as acorns and nuts. They may also feed on agricultural crops such as corn and honey. Bears may sometimes eat deer, either killing young or injured deer if the opportunity arises, or feeding on roadkill.  Bears may also utilize anthropogenic food sources, including bird feeders and compost. It is illegal in New York to feed bears during the hunting season, and feeding is prohibited around buildings, roads, campsites, and other areas of human activity.

Bears can be found in many different habitats, including deciduous, evergreen, and mixed forests, as well as fields and meadows, wetlands, agricultural fields, and even suburban and urban areas. One reason that black bear populations have bounced back from very low numbers is their ability to adapt and take advantage of diverse resources and use different landcovers.

Bears are generally solitary animals. Exceptions include when females have cubs or during breeding. However, bears may be found in the same vicinity when resources are concentrated.  The size of home ranges vary, with males generally having larger home ranges than females. While males have ranges of movement of approximately 3-4 miles, females typically  travel 2-3 miles. Juvenile bears may travel hundreds of miles when dispersing from their mother to establish their own home ranges.  Bears typically avoid highways and areas of high traffic, although they may use dirt roads as movement corridors.

Black bears are generally shy and avoid people. When feeling threatened they may bluff charge, or climb a tree for safety.  Female bears are protective of their cubs, and may be more aggressive.

Mating occurs from May to September.  Male bears reach sexually maturity around age 6, while females mature earlier.  Bears are polygamous, meaning both sexes may mate with multiple partners. Gestation is 60-70 days,  but implantation of the fertilized egg onto the uterus is delayed until the fall so that the female has a chance to find enough food during the fall to support herself and her cubs when they are born in January. Females will den in late fall (October-November) before males (November-December), although the timing depends on weather and food availability.  Offspring usually stay with their mother for ~1.5 years, denning with her the winter after they are born. Females can therefore breed every other year. 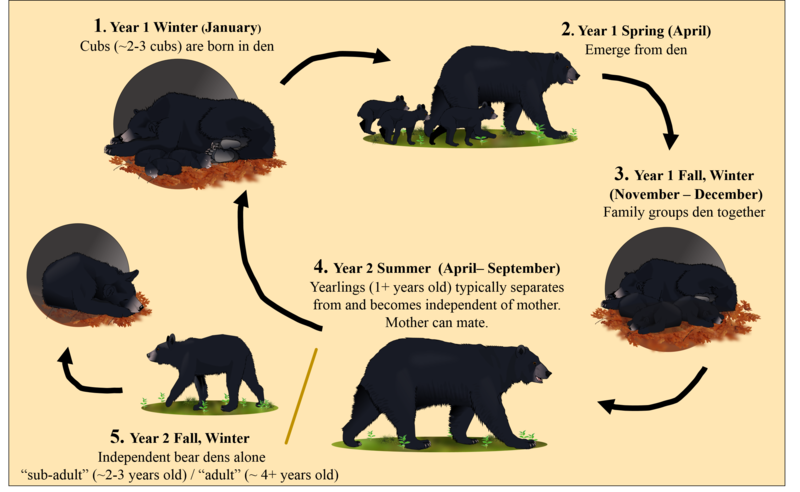 Bears can be observed from Spring to late Fall. They may sometimes be observed in the winter too, when they occassionaly emerge from their dens, when disturbed, or in search of food. They have been documented to eat icicles outside their dens! (Because of this winter activity, black bears are not considered true hibernators.) 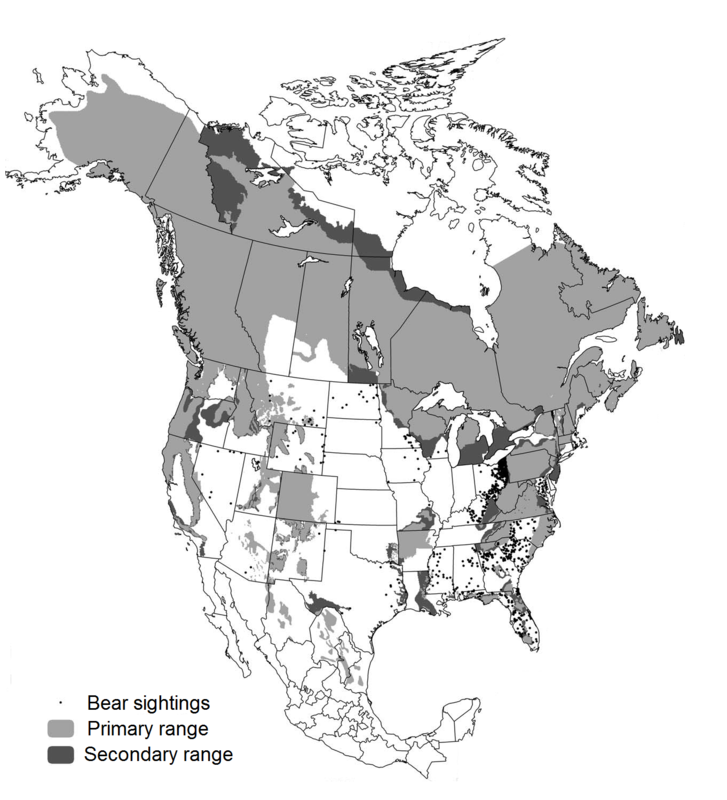 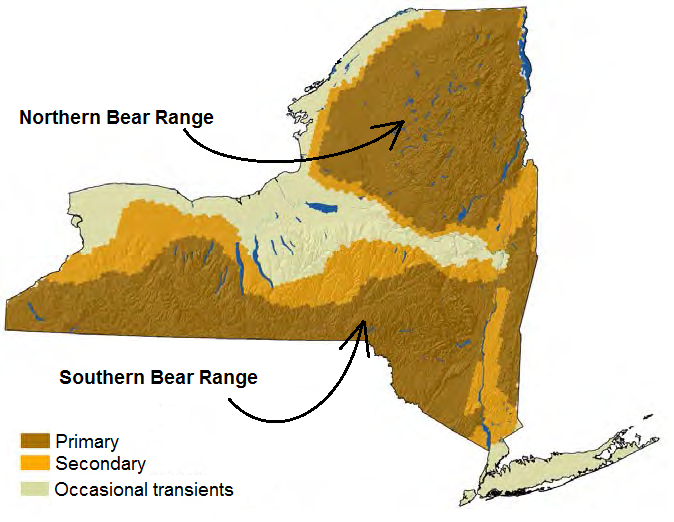 Other Resources and Guides: